New observations by two Arizona State University astronomers using the Hubble Space Telescope have caught a red dwarf star in a violent outburst, or superflare. The blast of radiation was more powerful than any such outburst ever detected from the sun and would likely affect the habitability of any planets orbiting it.

Moreover, the astronomers said, such superflares appear more common in younger red dwarfs, which erupt 100 to 1,000 times more powerfully than they will when they age.

The superflare was detected as part of a Hubble Space Telescope observing program dubbed HAZMAT, which stands for "HAbitable Zones and M dwarf Activity across Time." The program surveys red dwarfs (also known as M dwarfs) at three different ages — young, intermediate and old — and observes them in ultraviolet light, where they show the most activity.

"Red dwarf stars are the smallest, most common and longest-lived stars in the galaxy," said Evgenya Shkolnik, an assistant professor in ASU's School of Earth and Space Exploration and the HAZMAT program's principal investigator. "In addition, we think that most red dwarf stars have systems of planets orbiting them."

The Hubble telescope's orbit above Earth's atmosphere gives it clear, unhindered views at ultraviolet wavelengths. The flares are believed to be powered by intense magnetic fields that get tangled by the roiling motions of the stellar atmosphere. When the tangling gets too intense, the fields break and reconnect, unleashing tremendous amounts of energy.

ASU postdoctoral researcher Parke Loyd is the first author on the paper (to be published in the Astrophysical Journal) that reports on the stellar outbursts.

"When I realized the sheer amount of light the superflare emitted, I sat looking at my computer screen for quite some time just thinking, 'Whoa,'" said Loyd. “Gathering data on young red dwarfs has been especially important because we suspected these stars would be quite unruly in their youth, which is the first hundred million years or so after they form.”

He added: "Most of the potentially habitable planets in our galaxy have had to withstand intense flares like the ones we observed at some point in their life. That's a sobering thought." Observations with the Hubble Space Telescope discovered a superflare (red line) that caused a red dwarf star's brightness in the far ultraviolet to abruptly increase by a factor of nearly 200. Credit: P. Loyd/ASU

About three-quarters of the stars in our Milky Way galaxy are red dwarfs. Most of the galaxy’s "habitable-zone" planets — planets orbiting their stars at a distance where temperatures are moderate enough for liquid water to exist on their surface — orbit red dwarfs. In fact, the nearest star to our sun, a red dwarf named Proxima Centauri, has an Earth-size planet in its habitable zone.

However, red dwarfs — especially young red dwarfs — are active stars, producing flares that could blast out so much energy that it disrupts and possibly strips off the atmospheres of these fledgling planets.

"The goal of the HAZMAT program is to understand the habitability of planets around low-mass stars," explained Shkolnik. "These low-mass stars are critically important in understanding planetary atmospheres." Ultraviolet radiation can modify the chemistry in a planet’s atmosphere or potentially remove that atmosphere.

The observations reported in the Astrophysical Journal examined the flare frequency of 12 young (40-million-year-old) red dwarfs and represent just the first part of the HAZMAT program. These stars show that young low-mass stars flare much more frequently and more energetically than old stars and middle-age stars like our sun — as evidenced by the superflare.

"With the sun, we have a hundred years of good observations," said Loyd. "And in that time, we’ve seen one, maybe two, flares that have an energy approaching that of the superflare. In a little less than a day’s worth of Hubble observations of these young stars, we caught the superflare. This means that we're looking at superflares happening every day or even a few times a day."

Could superflares of such frequency and intensity bathe young planets in so much ultraviolet radiation that they forever rule out any chance of habitability?

According to Loyd: "Flares like we observed have the capacity to strip away the atmosphere from a planet. But that doesn't necessarily mean doom and gloom for life on the planet. It just might be different life than we imagine. Or there might be other processes that could replenish the atmosphere of the planet. It’s certainly a harsh environment, but I would hesitate to call it a sterile environment."

The next part of the HAZMAT study will be to study intermediate-age red dwarfs that are 650 million years old. Then the oldest red dwarfs will be analyzed and compared with the young and intermediate stars to understand the evolution of the high-energy-radiation environment for planets around these low-mass stars.

Red dwarfs, which are estimated to burn as long as a trillion years, have a vast stretch of time available to eventually host evolving, habitable planets.

“They just have many more opportunities for life to evolve, given their longevity,” said Shkolnik. "I don't think we know for sure one way or another about whether planets orbiting red dwarfs are habitable just yet, but I think time will tell.

"It's great that we're living in a time when we have the technology to actually answer these kinds of questions, rather than just philosophize about them."

Top photo: Violent outbursts of seething gas from young red dwarfs may make conditions uninhabitable on fledgling planets. In this artist’s rendering, an active, young red dwarf (right) is stripping the atmosphere from an orbiting planet (left). ASU astronomers have found that flares from the youngest red dwarfs they surveyed — approximately 40 million years old — are 100 to 1,000 times more energetic than when the stars are older. They also detected one of the most intense stellar flares ever observed in ultraviolet light — more energetic than the most powerful flare ever recorded from our Sun. Credit: NASA, ESA, and D. Player (STScI)

One of the balancing acts faced by conservation agencies is how to conserve and protect as many species as possible from extinction with limited funding and finite resources. In the U.S., conservation agencies are supported and guided by the Endangered Species Act, the seminal wildlife conservation law signed by President Nixon in 1973 that is currently being reviewed by Congress.Over time, the nu... One of the balancing acts faced by conservation agencies is how to conserve and protect as many species as possible from extinction with limited funding and finite resources. In the U.S., conservation agencies are supported and guided by the Endangered Species Act, the seminal wildlife conservation law signed by President Nixon in 1973 that is currently being reviewed by Congress.

Over time, the number of threatened and endangered species added to the ESA has grown faster than the funding for their recovery. As a result, conservation agencies have struggled in making decisions about how to apply the available resources to the greatest effect.

The result of this inadequate funding has been that while the ESA has brought back many species from the brink of extinction, many of those species remain on “life support,” never fully recovering to independence once again. This adds fuel to the debate over the effectiveness of the ESA.

“The ESA requires that responsible agencies restore listed species to a point where they are secure, self-sustaining components of their ecosystem,” explained Leah Gerber, an Arizona State University professor in the School of Life Sciences and the founding director of the Center for Biodiversity Outcomes. “This is arguably an impossible goal given the significant human impact on species and their habitat, and a budget that is a fraction — roughly 20 percent — of what is needed to recover listed species.” 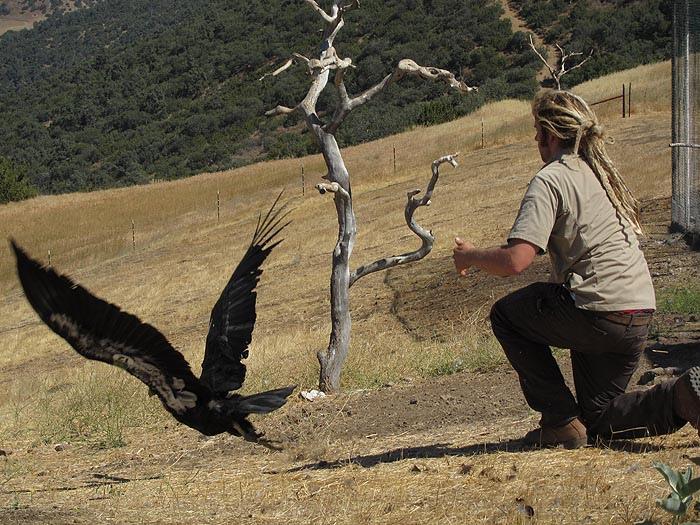 A USFWS worker releases a California condor into the wild. The birds were brought back from the brink in the 1980s thanks to a successful breeding program. Photo courtesy of the U.S. Fish and Wildlife Service

Where to spend those precious funds is a complex issue.

So Gerber, as part of a team of researchers, developed a tool that can be used to help guide conservation scientists to decisions on how to best use limited funds to conserve the greatest number of species. The tool was developed in collaboration with the U.S. Fish & Wildlife Services (USFWS) in a two-year project supported by the National Socio-Environmental Synthesis Center. The tool, called the Recovery Explorer, can be used to evaluate potential consequences of alternative resource allocation strategies. This work was motivated, in part, by past critiques of USFWS recovery allocation processes.

The researchers write about the Recovery Explorer in “Endangered species recovery: A resource allocation problem” in the Oct. 19 issue of Science. Gerber said that Recovery Explorer can be used on a laptop or in a decision-theater type environment.

For example, it can be used to examine how different values-based inputs (e.g., desires for taxonomic representation or regional parity in funding) influence optimal allocation and recovery outcomes; or the effect of uncertainty in technical inputs (e.g., extinction risk, cost) on funding allocation and outcomes.

“The tool is meant to be exploratory, not prescriptive, allowing decision makers to examine alternative approaches to resource allocation by making the important components of the decision process transparent,” explained Gerber, who also is an ASU senior sustainability scientist.

“In my view, one of the most promising possibilities of the tool is that it can be used to estimate what outcomes will be gained for a given investment,” she added. “For example, if a private donor is willing to give $3 million toward biodiversity conservation, we can provide a list of possible actions that align with the specified objectives.”

Gerber and Michael Runge, a research ecologist with the U.S. Geological Survey’s Patuxent Wildlife Research Center, led the team of conservation scientists from around the world in developing the tool.

“We designed the recovery explorer tool to allow managers to compare the consequences of different allocation approaches,” Runge explained. “We also include options for managers to include objectives related to taxonomic, regional inclusion or other societal values.”

“The Fish and Wildlife Service is responsible for leading and catalyzing recovery efforts for more than 1,500 species in the United States,” said Gary Frazer, USFWS assistant director for ecological services. “This is a valuable addition to our tool kit, applying modern decision science to help us consider how best to allocate our limited resources to conserve the many species that are in trouble and need our help.” 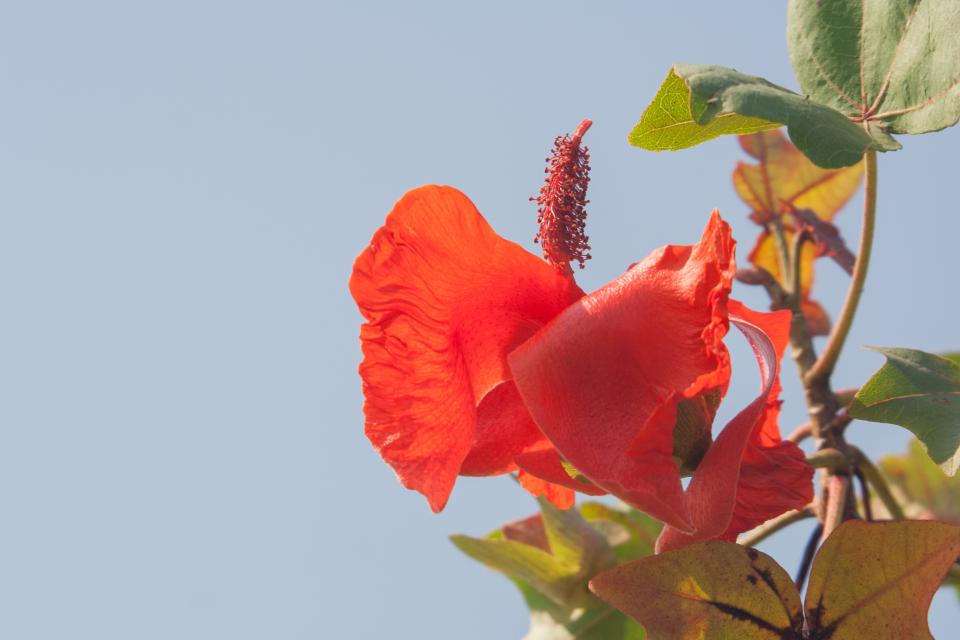 Not all endangered species are fauna: Plants also get recovery plans. The kokia cookei, native to the Hawaiian island Molokai, was thought to be extinct in the 1950s. There are currently only 23 known plants, all existing as grafts. Photo courtesy of the U.S. Fish and Wildlife Service

“Resource allocation is not about saving some species and letting others go extinct,” the authors state. “It is about finding a way to better order the work so that as many species as possible are recovered given the limited resources available at any moment in time.”

Top photo: Once thought to be extinct, the black-footed ferret is making a resurgence thanks to the efforts of conservation groups. Photo courtesy of the U.S. Fish and Wildlife Service