Arizona State University’s Herberger Institute for Design and the Arts is teaming up with Biodesign Institute on Thursday, Nov. 14, in the Biodesign Institute auditorium to participate in an international movement, Climate Change Theatre Action. Actors from Herberger’s acting concentration for stage and screen program in the School of Film, Dance, and Theatre will offer three staged readings. Paired with the actors, graduate student scientists and researchers from Biodesign Institute will demonstrate how their research intersects with each play’s theme.

A global participatory project, Climate Change Theatre Action uses theater to bring communities together and encourage them to take local and global action on climate. Fifty professional playwrights, representing all continents as well as several indigenous nations, are commissioned to write five-minute plays, including one performance inspired by young climate activist Greta Thunberg, about various aspects of climate change. Produced and envisioned by Herberger Associate Professor Micha Espinosa, this is the third time ASU has participated in Climate Change Theatre Action. This year, her co-producer is embedded artist intern and acting concentration student Ausette Anderies. ASU is part of the action in promoting this awareness through the power of storytelling and the demonstration of science.

The performance begins at noon on Nov. 14 in the Biodesign Institute Auditorium, and is free and open to the public. For more information, contact Micha Espinosa.

Plays and performers include:

'It Starts With Me' by Chantal Bilodeau 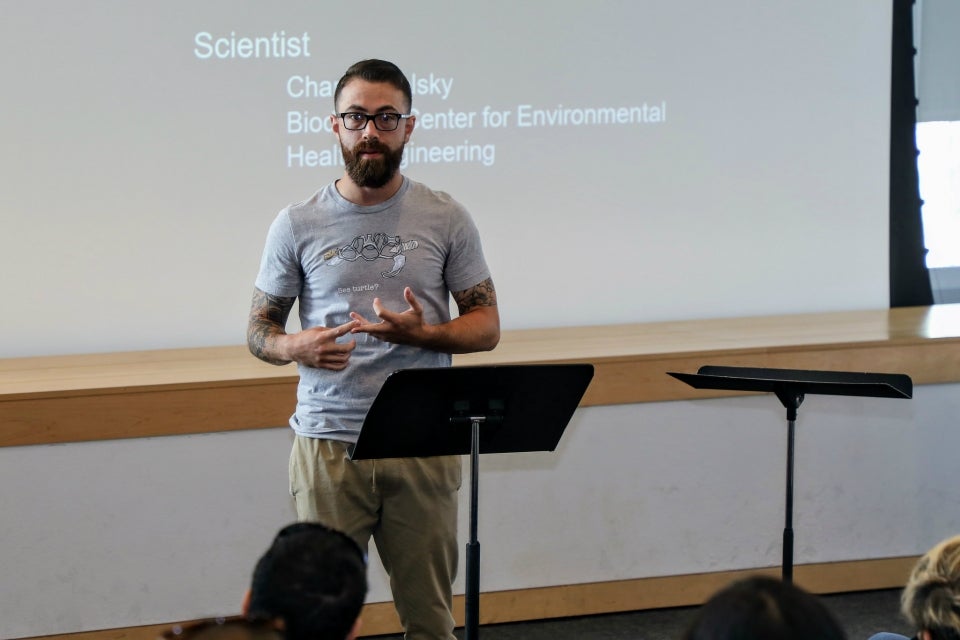 Charles Rolsky, a graduate student researcher at the Biodesign Center for Environmental Health Engineering, connected his research to a play called “Single Use,” during which a couple on a first date grapples with their personal opinions on single use plastics. Rolsky’s research has a keen focus on microplastics, their remediation and the threats they pose to people and our planet.

'The Failed Experiment' by Jatoba Vitor

The inspiration for this play came from the playwright’s feelings about humans’ ability to deceive themselves. We can see but we prefer to ignore. We can act but we prefer not to. We are aliens on our own planet. 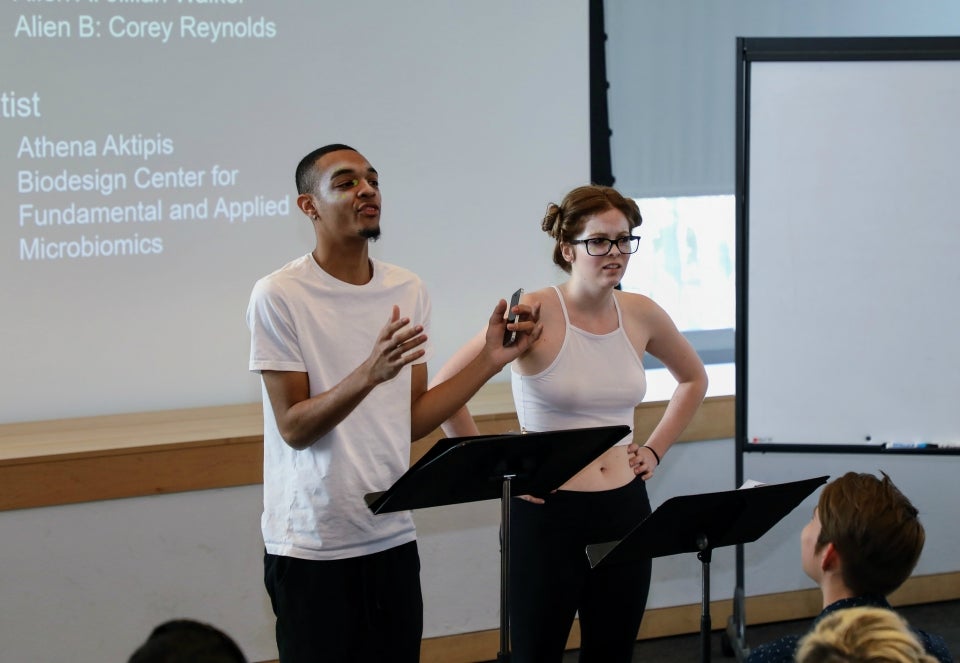 'Hashtag You Too' by Mike van Graan

The play genuflects to the book, “Wild Law: A Manifesto for Earth Justice,” written by Cormac Cullinan. The purpose of the play is to catalyze discussion and debate around the rights of the Earth and its constituent parts in modern, contemporary society.

Participating graduate student researchers, under the direction of Rolf Halden, director of the Biodesign Center for Environmental Health Engineering include:

Nivedita Rengarajan has a background in environmental engineering in the United Kingdom and has a master’s degree in sustainability from ASU. Her interests lie in applying circular economy principles for sustainable solid waste management. She is fluent in English, German and two Indian languages. Rengarajan has worked for the United Nations Industrial Development Organization in Vienna, for Indian NGOs on slum sanitation and for the government of Singapore.

Ashley Heida is a graduate student in the biological design program at Arizona State University. She grew up in Minnesota and completed her undergraduate degree in physics at the University of North Dakota. She has conducted research in theoretical and experimental solid state physics, radiology physics and single-cell genomics analysis. Currently, she studies the risks associated with decisions consumers make in their daily lives, for example, the temperature setting on their home water heater. Her goal is to understand the risk in order to help prevent infection, reduce energy costs and live cleaner lives.

David Dixon a Finalist for Polynesian Football Hall of Fame

David Dixon a Finalist for Polynesian Football Hall of Fame